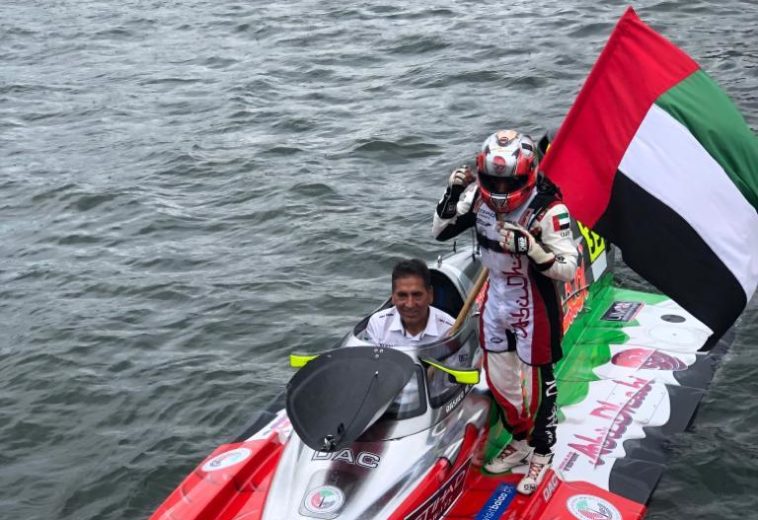 Rashed Al Qemzi won the UIM F2 Grand Prix of Portugal and in the process regained the World Title that he first won in 2017.

The Emirati driver, who has led the series from his opening round win in Lithuania back in June, was crowned world champion in Ribadouro with one round to spare after another impeccable display.

Having secured his fourth successive pole position 24 hours earlier, he again underlined his dominance of this year’s series with a 14.75 secs winning margin over Portugal’s Duarte Benavente and the Swedish Ola Petterson, who was third, another 4.28 secs adrift.

Al Qemzi now has the luxury of carrying his second F2 world title into the final round, the Grand Prix of Abu Dhabi, which effectively becomes a victory lap of honour on home waters on December 7.

There was a double helping of drama at the start of the race which was halted initially by a red flag after a collision between Dutchman Zandbergen and German Stefan Hagin on the first lap.

The re-start then saw another clash on the first turn between Sweden’s Daniel Segenmark and Britain’s Owen Jelf, and after the yellow flag resumption Al Qemzi stormed into a clear lead and went on to secure a third race victory of the season.