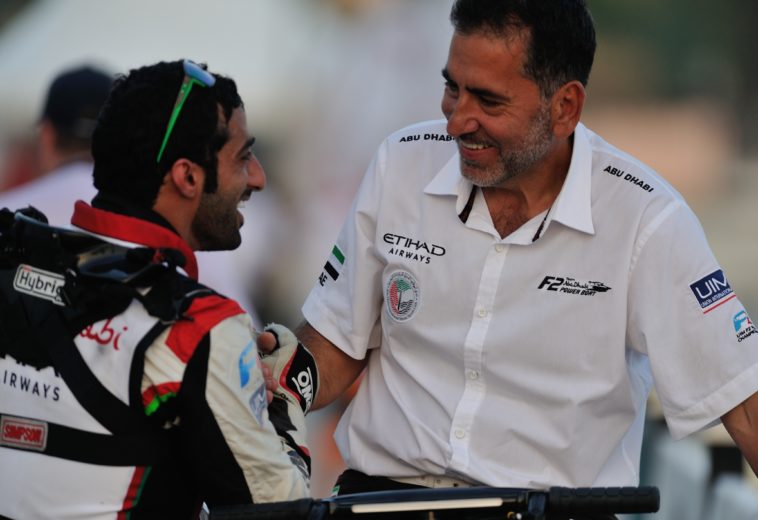 Rashed Al Qemzi crowned his brilliant season in the 2019 UIM F2 World Championship with a great home victory in the Grand Prix of Abu Dhabi.

AlQemzi, already installed as F2 World Champion for the second time in three years, led from start to finish to record his fourth Grand Prix triumph of the year with 4.63 seconds to spare from Portugal’s Duarte Benavente, with Lithuanian Edgaras Riabko third.

Riabko was later disqualified when his engine failed technical inspection.

Al Qemzi, who started from pole position,  was in complete control throughout, resisting Benavente’s challenge to pull away on the first lap, and refusing to be unsettled when the race was interrupted twice in quick succession following crashes by Sweden’s Johan Österberg and Dutchman Ferdinand Zandbergen.

Benavente’s points enabled him to take the UIM Silver medal with Ola Pettersson picking up the Bronze.

Congrats to Rashed and now, we are looking  for the next goal: the F.1  World Title: all will be decided in the last GP of the season, scheduled on December 19-21 in Sharjah (U.A.E.)