Menu
Scroll Down
Categories
//F1 H2O: Shaun Torrente again F1 World Champion after an unbelievable race. And for Guido Cappellini there are 10 titles also as a Team Manager!

F1 H2O: Shaun Torrente again F1 World Champion after an unbelievable race. And for Guido Cappellini there are 10 titles also as a Team Manager! 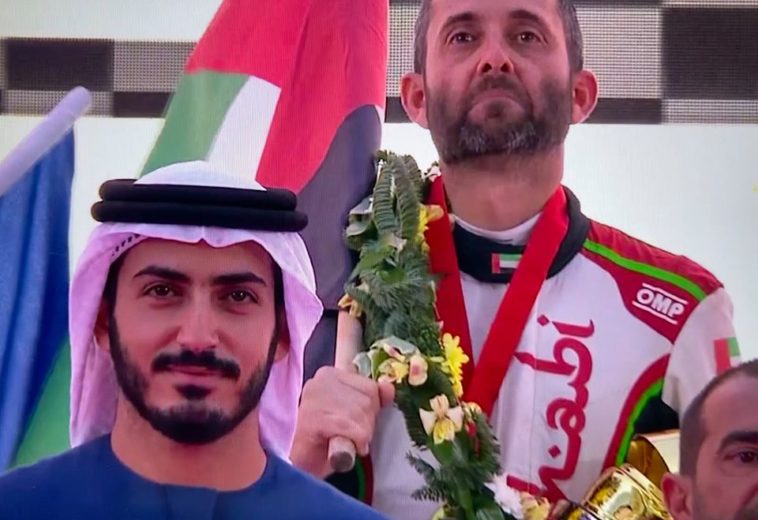 Shaun Torrente becomes World Champion for the second time, repeating last year’s success, thanks to an unbelievable  comeback in the last of the 45 laps of the last race of the F.1 championship, the Sharjah GP. Fifth in qualifying, with his great rival Andersson (who was only 6 points apart) in pole position, the American driver of Team Abu Dhabi seemed destined to give up his world crown: he in fact stayed in third position during 44 laps, despite three interruptions of the race that could have created advantages. Andersson, who also recorded the fastest lap, has always been in the lead and seemed to fly on the water and on the wings of enthusiasm for his first  world title.

But the real champions never give up and Shaun Torrente today gave a great demonstration: knowing that he had only one lap available to accumulate the necessary points, he risked everything for everything and launched himself to attack Chiappe, who then had engine problems and Torrente, after passing him,  ended up close to Andersson, who won the Sharjah GP but not the world crown. In fact, with equal points (79), Torrente became World Champion precisely by virtue of this second place which gives him better placings in addition to the two wins each. Strategic was the choice of the Abu Dhabi Team to start Torrente with the same engine that had given problems in the qualifying, placing it in the best way to avoid that his driver started in last position.

A great success for the American, who confirms himself to be the strongest driver in the world and who with this affirmation allows his Team manager Guido Cappellini to bring to 10 the world titles won (the most recent was the world crown of F. 2 with Rashed al Qemzi) as Team manager. Today, in addition to the individual title, the Abu Dhabi team also won the team  world title. Cappellini, 10 times F1 World Champion, is also about to become a recordman as a Team manager.