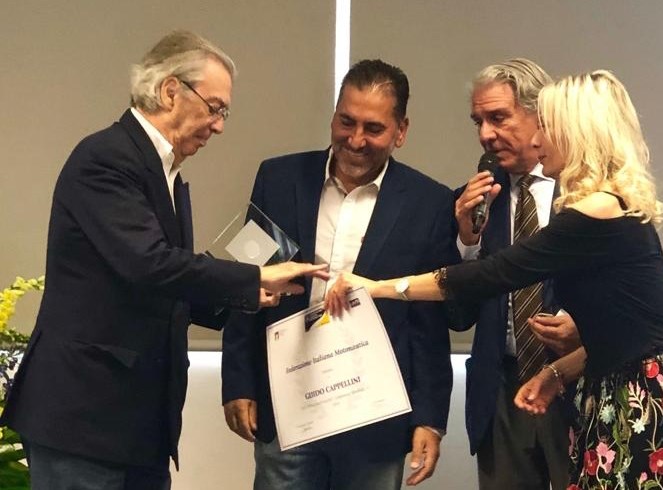 Guido Cappellini was awarded as the best Team Manager in the world  for the Inshore in 2018, from FIM (Italian Powerboating Federation), during the annual awards ceremony of all Italian champions who won world, European or Italian championship in the various categories during the 2018 season. The Awards Event was organized from FIM in Milan, at the CONI  Palace, Saturday April, 6, at the presence of Vincenzo Iaconianni, FIM President, and Massimo Moratti, who was the  president of Italian Powerboating Federation when Cappellini won the first one of his ten world titles. In the picture: Guido Cappellini awarded by Massimo Moratti and Vincenzo Iaconianni.