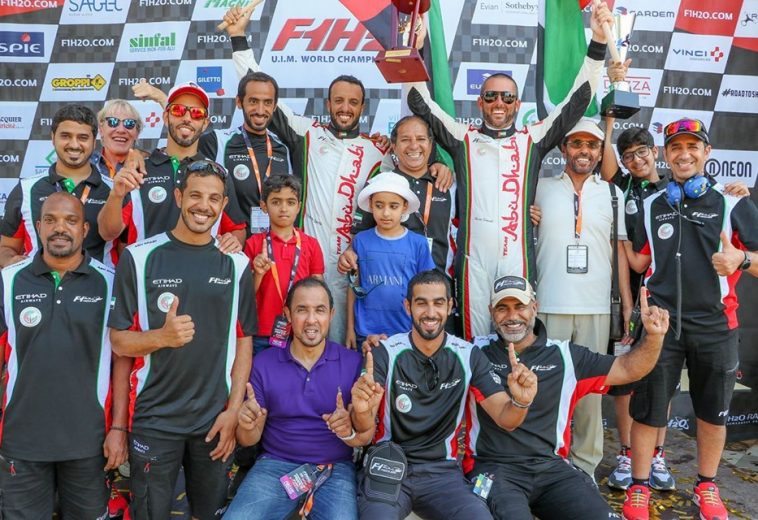 After a thrilling race, Shaun Torrente conquered the second place of F1 H2O France GP, behind the winner Jonas Andersson. It was a very good race also for Thani al Qemzi, with his third place.

Thanks to that result, Shaun Torrente confirmed his leadership with 35 points, followed by Andersson (32) and Al Qemzi (27).

The battle for the win and podium places hinged on a dramatic turn of events on lap 15 when pole-sitter and race leader Chiappe suddenly slowed and pulled off the circuit handing the lead to Andersson, followed by Torrente and Al Qemzi.

From the restart Andersson was able to control the pace out front but was unable to shake off Torrente, his lead fluctuating between two and four seconds, but held on to run out the winner by 1.97s.

Behind the leaders an epic fight for the final podium slot unfolded between Al Qemzi and Emirates Racing’s Marit Stromoy who, after losing out at the start and dropping two places to fourth, fought back and closed in and passed Al Qemzi at the end of lap 25 but he struck back immediately regaining the place on the next lap.